Speaking with my fellow classmates at university this week has confirmed a growing suspicion I have had over the past few years. Basically, people seem to hold very conflicting ideas about their relationships with cameras, surveillance, privacy, and data. In a post-Snowden and Ashley Madison hack world, it is undeniable that the information we are putting online is not only being collected, monitored, and stored; but it is also vulnerable and exploitable (Horton 2015; Wired 2014). Almost everyone who talks about this seems to agree that privacy issues are concerning, but they (myself included) are quite selective in how they choose to behave in light of this. This is because so much of our entertainment, collective knowledge, culture, careers, and community exists in online and digital forms. Paul Miller (who writes for magazine The Verge) has chosen to live a year completely offline and has come up against some serious challenges, even with the special advantages his bosses and co-workers have afforded him in exchange for the rights to publish his experiences (Stern 2012). There is no way to be completely private and anonymous in the modern world, which means that the way a person treats privacy issues will depend entirely on various personal preferences.

“It’s basically impossible for you and I to decide, as of tomorrow, I’m going to remain off the radar and to survive for a month or 12 months,” says Gunter Ollmann, CTO of security firm IOActive (Kessler 2013)

Australian Law doesn’t offer much in the way of guidance when it comes to privacy issues while documenting and recording public spaces. As long as your photographs don’t constitute stalking, child pornography, or are taken for sexual gratification without the subjects consent, then you’re basically not doing anything criminal (Arts Law Centre of Australia 2015). But as Joel Colberg (2013) points out, just because something is legal doesn’t make it ethical. In relation to the ethics of photography and permission in public spaces I think the Code of Conduct for Supanova: Pop Culture Expo (which I attended earlier this year for The Tertangala; self-promotion here), which defines ‘harassment’ in a number of different ways, including “inappropriate photography or recording” (Supanova 2015). Signage at the event itself reminded patrons that permission to photograph cosplayers should always be established beforehand.

Some Supanova cosplays, photographed with permission. Photo by Britt Andrews (2015).

But why all this talk of ethics in the first place? Well this week I will be talking about public space ethnography in relation to the use of media, and it is important to establish an ethical framework when going into this kind of research. I observed two quite different forms of public screen usage this week that I want to share in this blog, although for ethical reasons which I will explain later on I only have photographic evidence of one of these events.

I observed a man on his smartphone whilst waiting for a train. In order to preserve the moment properly, I took the photo first and sought his permission to use it afterwards – which I was given after he made sure that the text conversation he was having could not be made out in the photo itself. So in much the same way that both Joel Colberg (2013) and Supanova (2015) advocate for permission to take and use photographs, I decided to ask for permission to keep the photo and use it in an online context – while respecting the subjects wishes to not have the location revealed. It is an example of engaging in ongoing media use during waiting times. It’s something I am all too familiar with, having conversations with people that stop and start as dictated by gaps and breaks in schedules. 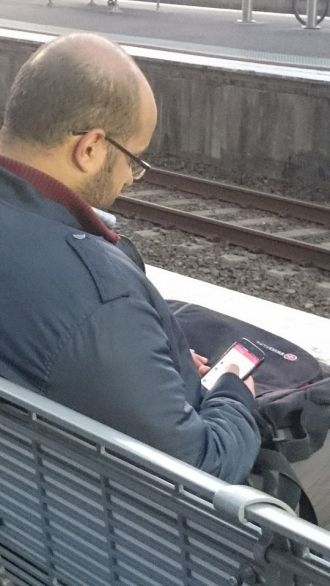 The other type of public media use I observed this week took place in JB Hi-Fi. In the games section they have a display model Xbox One set up, running a playable copy of the insanely popular video game Minecraft. It was as I walked past this display that I stole a few moments to watch a young brother and sister of around the age of 9 or 10 playing Minecraft together. I never like to make assumptions about the ethnicities of strangers, but I can pretty confidently say that these two young children were not of a Caucasian ethnic background. It was a nice moment. As someone who writes and thinks a lot about inclusion in video games cultures and media, it was nice to see an equally engaged pair of children playing a game together respectfully in a spontaneous public space, as their father half-observed them from afar as he carried on with his shopping. I considered taking a photo as I observed this pleasant scene, but I didn’t for several reasons. Firstly, in this instance I felt it would have been necessary to ask permission of both the children and the parent before taking the picture (which would have been a hassle and would probably have resulted in the children becoming self-conscious in the photo). Secondly, the young girl was wearing a headscarf that was quite obviously of a religious significance. This was a part of what made the moment so nice in the first place – to see video games as a cross-cultural and cross-religious media experience. But as an adult Caucasian male growing up in a contemporary Australia where Muslims are openly othered and targeted in public, it didn’t feel appropriate to ask permission of someone who might quite reasonably feel at risk of people like me. To me, I’d prefer that this family felt welcome to use this space without fear of attracting unwanted and unwarranted attention. 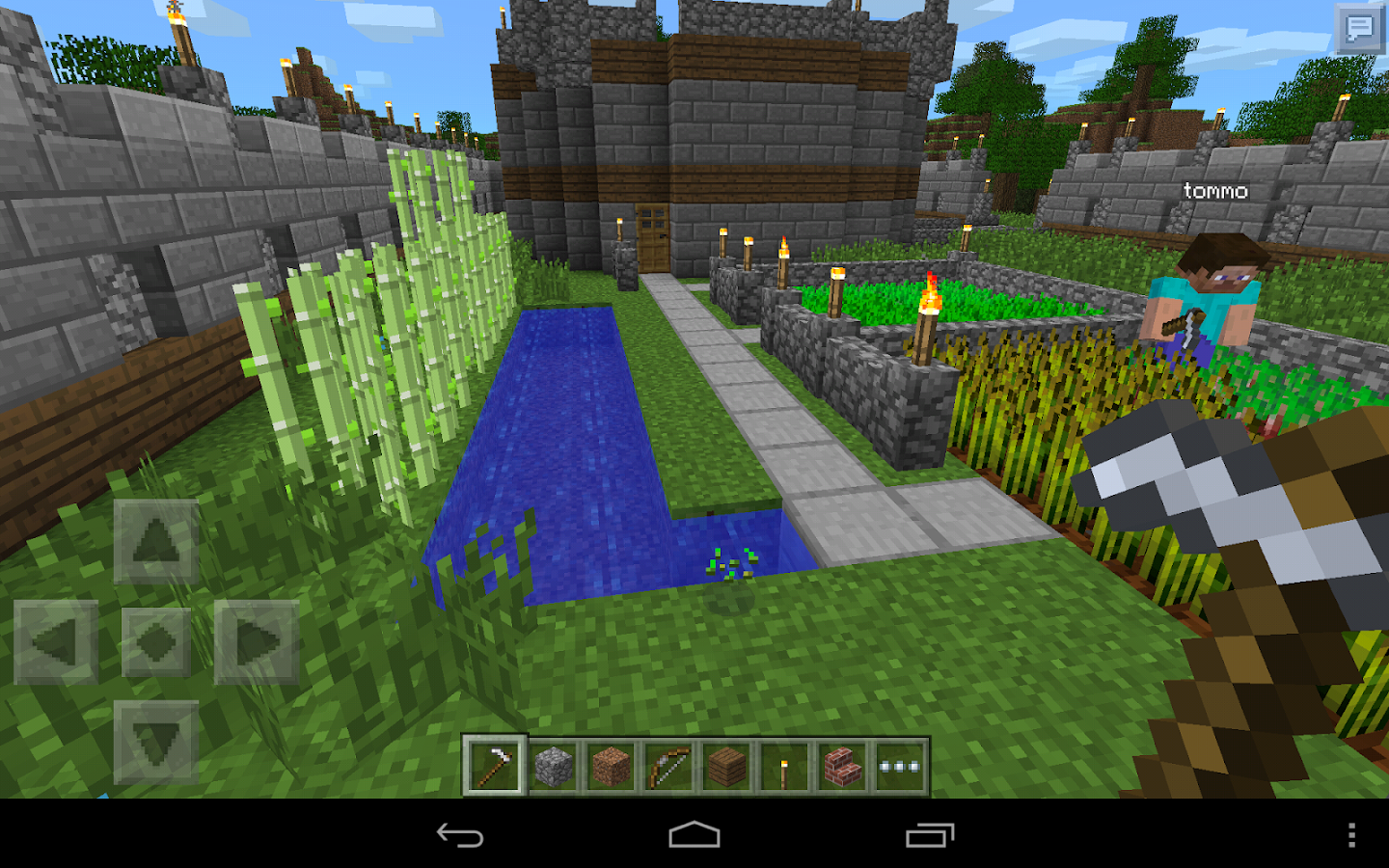 Public space ethnography is effective at revealing contexts for behaviour (in this case media use). A simple survey or interview of behaviours at home would reveal patterns of behaviour under very idealized and self-controlled conditions. What’s interesting and revealing about public space ethnography in relation to media use is that it reveals how media is used when the environment, surroundings, and people around us are out of our control. When in public, we make use of the media we have at hand that work for us in the circumstances in which we find ourselves; whether we’re continuing online conversations with friends while we wait for the train, or spontaneously picking up where the last person left of in an ongoing game of Minecraft whilst dad is browsing the sound systems – looking for the one he’ll gift to himself this Father’s Day.

One thought on “Spontaneous Minecraft: a look into public space ethnography”